*All Anand Data Pendants are Made in India. 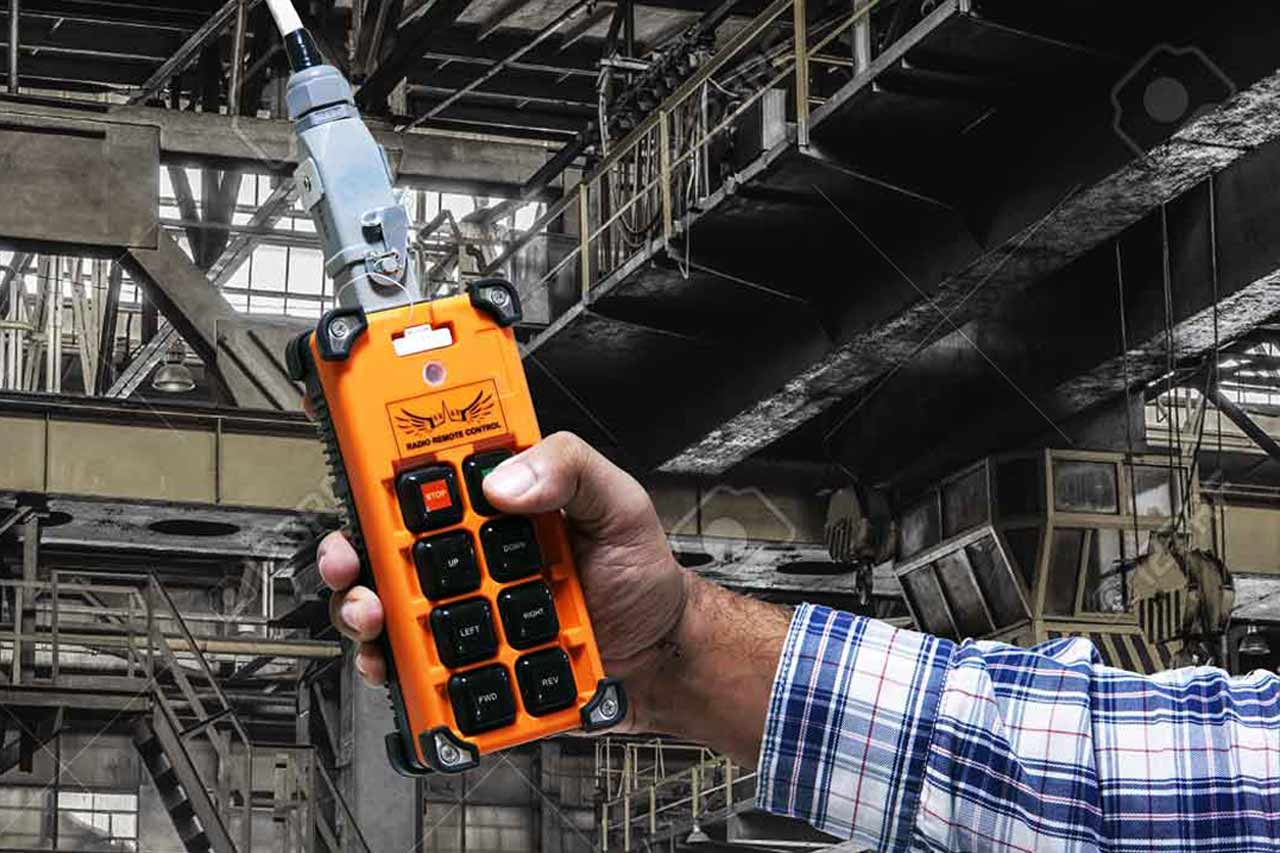 Anand Data Pendants (ADP) are used for the manual control of industrial equipment such as EOT Cranes and Hoists by means of contactors or Variable Frequency Drives.

Industrial Machines particularly EOT Cranes & Hoists can be easily controlled from the factory floor. Various combination of switches can be implemented using single speed , double speed or potentiometers . ADPs feature 2 , 4 , 6 , 8 , 10 or 12 Push Buttons in a two column arrangement for ergonomic and fatigue-free operation.

Only 4 core 0.25sq mm cable is required for any number of buttons.

The push buttons have a silicone top layer to protect the button labels. 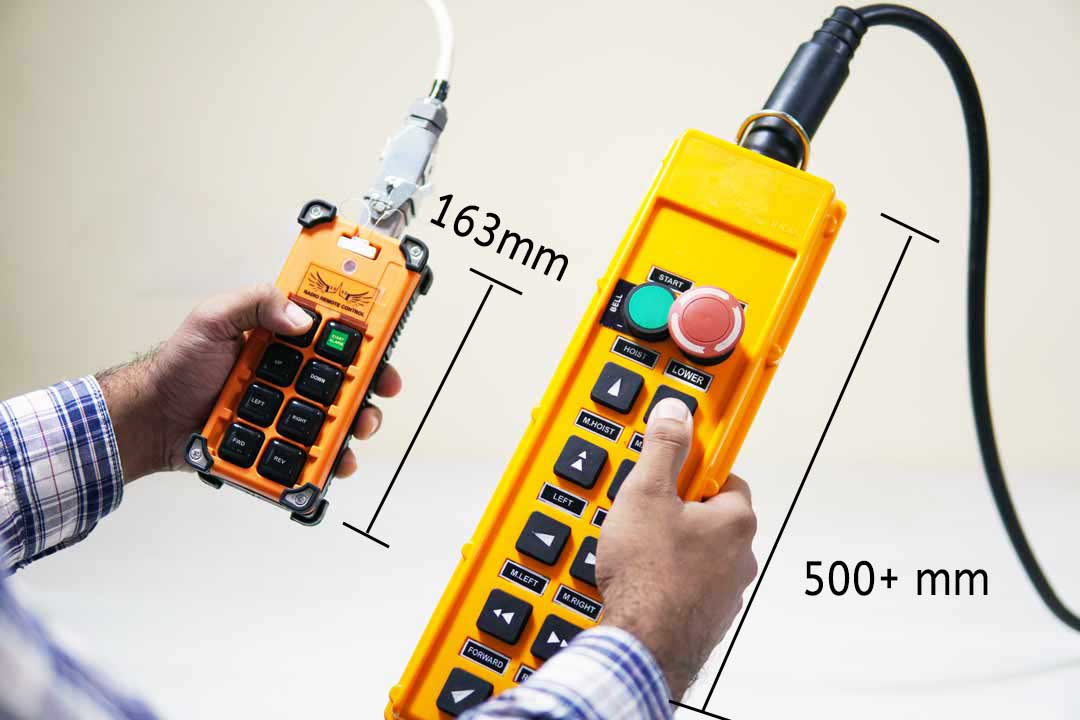 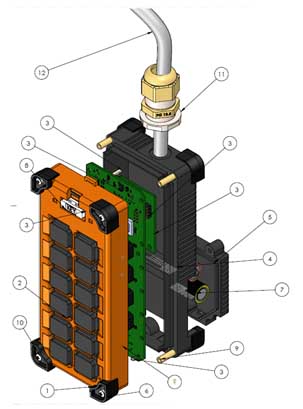 Crane Pendant can be easily Installated and Replaced on Field 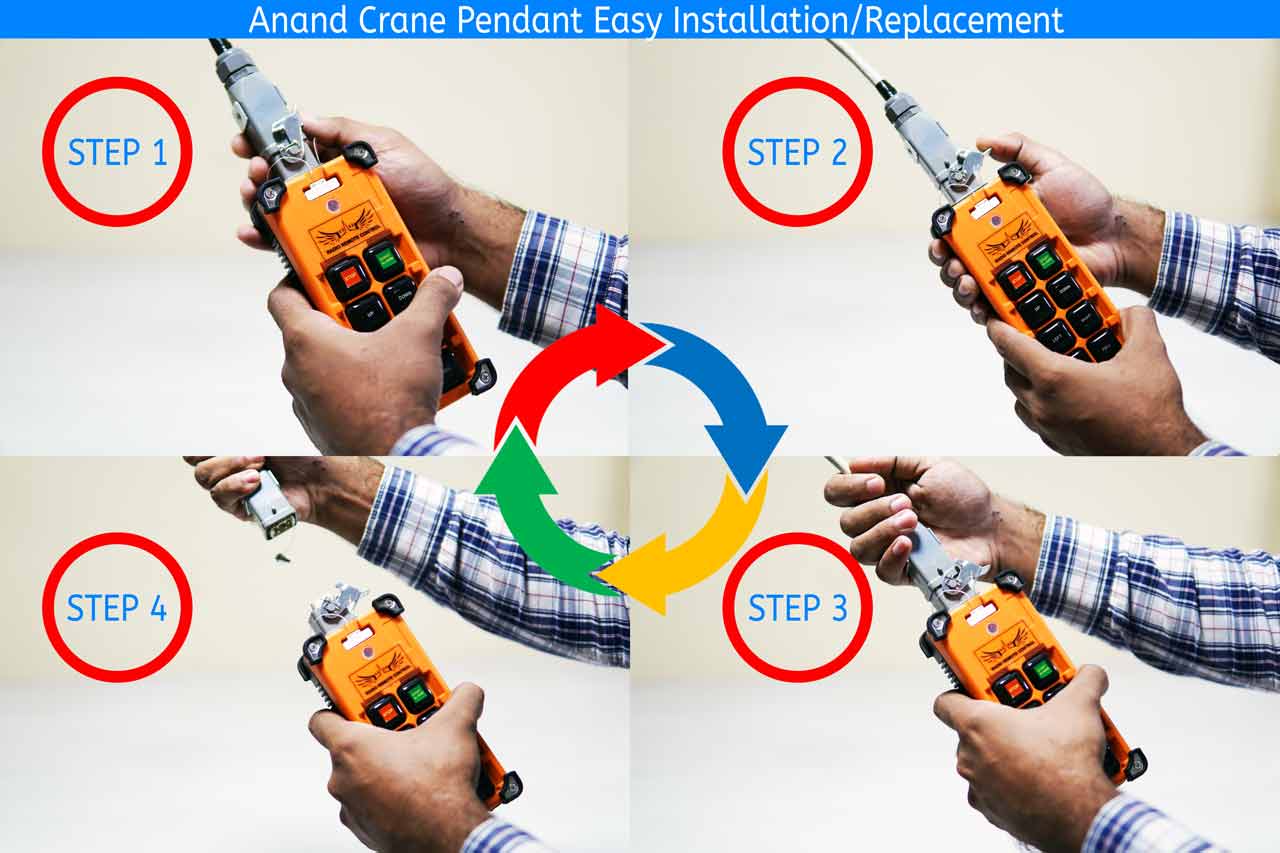 Know all about Pendant Station For Crane. The crane pendant is one of the most frequently handled parts of a EOT crane. Understanding this seemingly inconspicuous component and handling it right can save crane users a tidy sum. Crane Pendant Demystified!

What are crane pendants?

Crane pendant refers to the part of the crane that is used to control the hoist in an overhead crane. It is also known by other names such as crane control unit or crane pendant station. It is perhaps the most important part of the crane and the one most often replaced. It is also the first place a crane inspector or maintenance person would check in case of breakdown. The term crane pendant is devised– and generally used – to describe control units wired into the electronic crane mechanism. The unit is attached to a long wire and dangles from the overhead crane – like a pendant. It is also referred to as pendant control or pendant control unit. It draws power from the same electric source that powers the crane itself.

How does a crane pendant work?

A crane may be operated by an operator seated in a cab and guided by a person on the ground or it may be controlled from the ground using a push button or lever control. This control unit may be wired to the crane itself or – as in the case of many contemporary cranes – it may be a remote radio unit. A wired push button pendant that is connected to the hoist and dangles down from the overhead crane is used by an operator to control the crane. The operator walks alongside the crane as it traverses the runway. He can control the lifting and lowering of the load using the pendant. Until about a decade ago, all overhead cranes were operated by wired pendant controls.

Pros and Cons of Pendant Controls

The most significant benefit of wired pendants is perhaps its connectivity – since the pendant is wired to the crane, there is virtually no scope for interruption in electric current – and consequent interruption in operation. Moreover, since pendants are suspended from the hoist, there is no possibility of accidentally dropping the control or misplacing it. Pendant controls also do not require charging or battery replacement since they are powered by crane electrification system.

Perhaps the only significant disadvantage of pendant systems is that it places the operator within the periphery of the crane operation area. This can be potentially risky – particularly with heavy-duty hoist cranes where an accidental load drop could harm the operator and may be potentially fatal. Moreover, as the operator walks along the runway, observing the crane and ensuring safe and uneventful picking and lowering of the load, he is exposed to the risk of tripping, slipping, or bumping into obstacles. Another potential risk in using wired pendant controls is that the wire – being directly attached to the crane – can be caught up in the crane mechanism, causing damage not only to the control system but also to other crane parts or at the very least resulting in costly downtime. 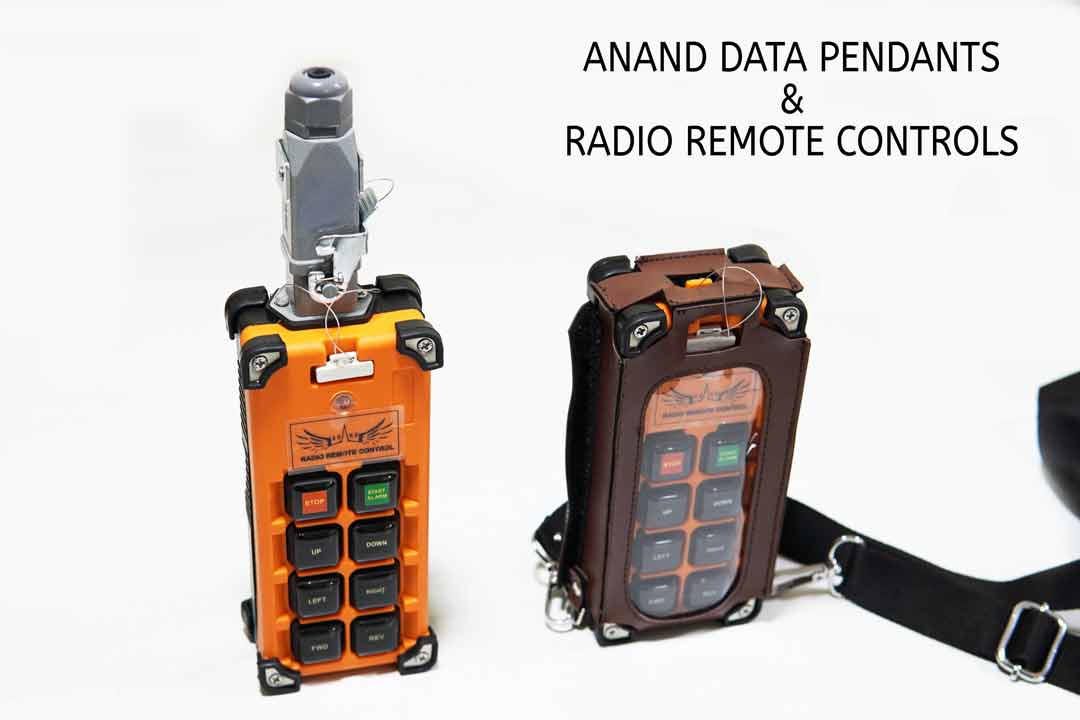 However, radio-operated controls have an inherent flaw – they run on batteries, which may run down and require frequent recharging or replacement. Crane operators must also constantly check for potential breakdown in order to avoid costly down time. Moreover, the smaller hand-held variety of radio remote controls may be easily misplaced given the amount of material lying around at any worksite. All this can negatively impact production resulting in avoidable expenditure and tangential costs such as wasted work hours.

Why to use pendant push buttons

Pendant controls or simply crane pendants are crane control devices wired into the crane mechanism. These devices are used to control crane operations from the ground – eliminating the need for guidance by ground personnel. Many present day cranes use radio-operated control devices that can control operations from afar. Both types of controls have their benefits and risks – so selecting the right type of pendant is an important part of your decision to purchase an overhead crane. CraneSCADA offers guidance in control and monitoring of cranes. Contact us now to know more.

Pendants for Cranes and Hoists 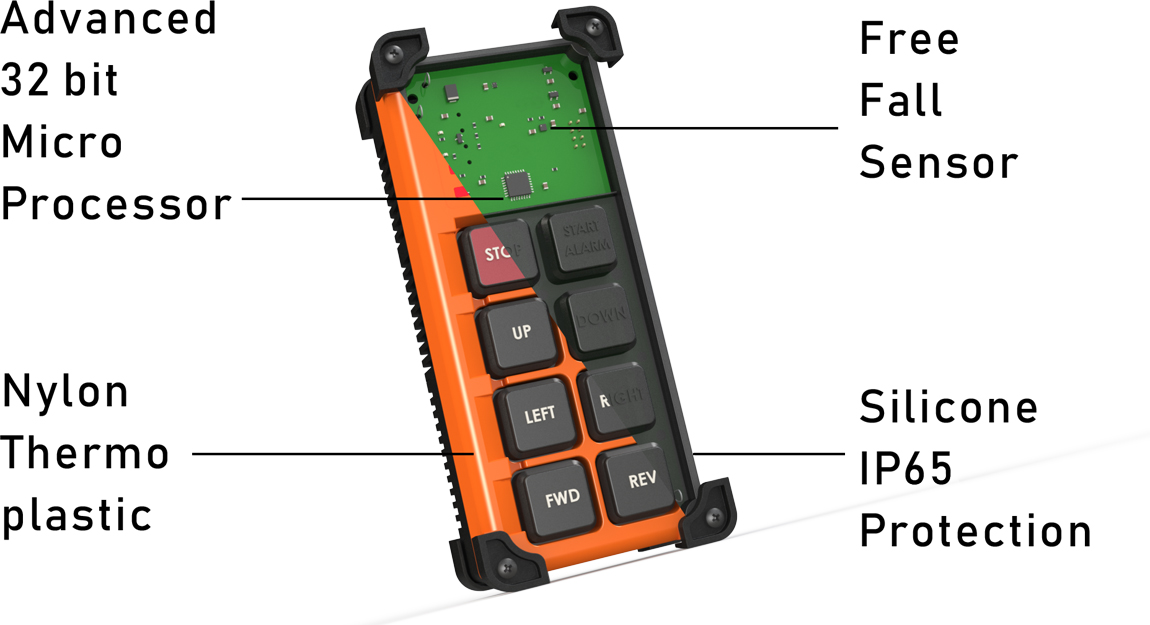 Anand Synapse Pendant Controls use the most advanced micro controllers

No Bulky 16-24 Core cable.
Operate any number of motions with only 4 core Anand Data cable.

Push Button Assembly in crane Pendant which comprises of NO NC Push Buttons , Soldered onto the PCB. It is made from the fiberglass polyester material by molding process. This type of material is very highly resistant to shock, arcing, and tracking.

The 4 Pin Connector Terminal is given inside the pendant box .It can handle upto 10 amps.

Return Springs are assembled into the button.

It consists of 4 core cable, which will provide communication between the Control Panel of the EOT crane and push-button pendant.

The enclosure is made up of plastic material. It is usually a yellow enclosure for safety purposes. It is sealed tightly, that can resist the water from damaging the internal part.

An additional Mushroom type emergency key or Magnetic Emergency key is provided if we urgently want to stop the operation of the EOT crane.

The push-button is the best solution for operating the EOT cranes while lifting and handling the load. It reduces the manpower as sometimes driver is needed to operate the cranes. Push-button pendant is specifically designed for EOT cranes and critical industrial applications. The wired connection push-button pendant will offer reliability and stability.

Built for safe wired operation for any kind of machinery.