Limit Switches are used in Cranes to Limit its Movement for Safety Purpose. 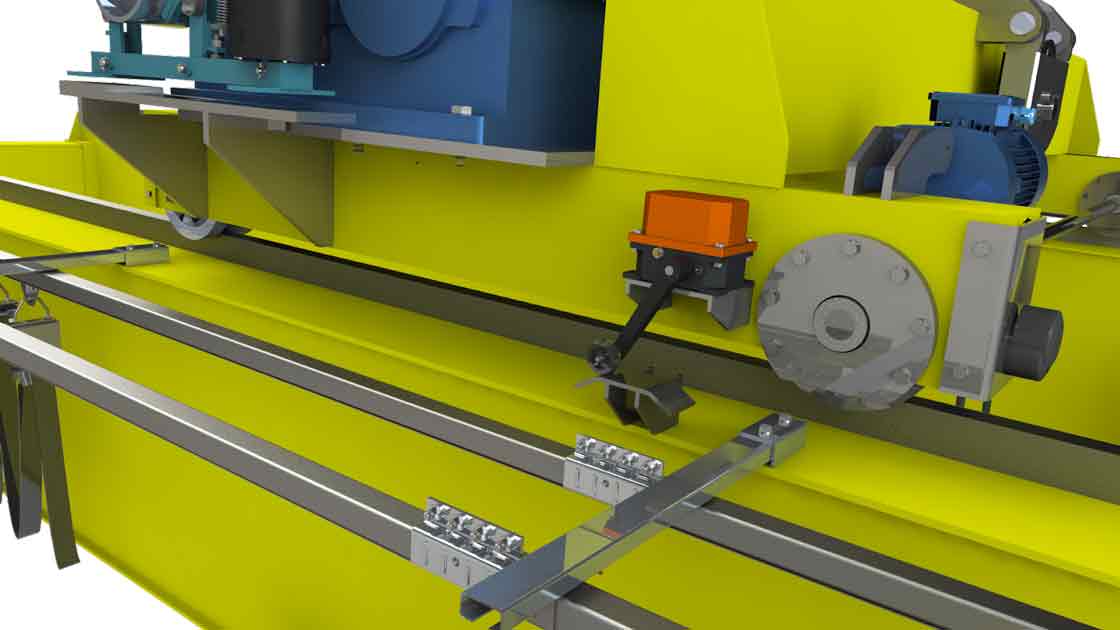 1. What are Limit Switches?

4. Electrical Poles of a Limit Switch

5. Electrical Rating of the contacts.

6. Housing Enclosure of a Limit Switch

What are Limit Switches?

Limit switches contain electrical contacts which are opened or closed if the machine has reached its operating mechanical limit.

A limit switch is operated by a mechanical actuator or sensor which detects the presence or absence of an object. There are full contact or contactless limit switches .

A limit switch typically cuts power or sends a control signal to cut power to the moving equipment such as an overhead crane or robot.

A limit switch is used to contain the movement or motion of a machine such as a crane. A limit switch can also be used to bring the machine to its starting position or to a previously known location .

A limit switch prevents damage to nearby equipment or injury to people by limiting the motion of a moving overhead crane . In an industrial environment , a limit switch is necessary in each direction a machine can travel. 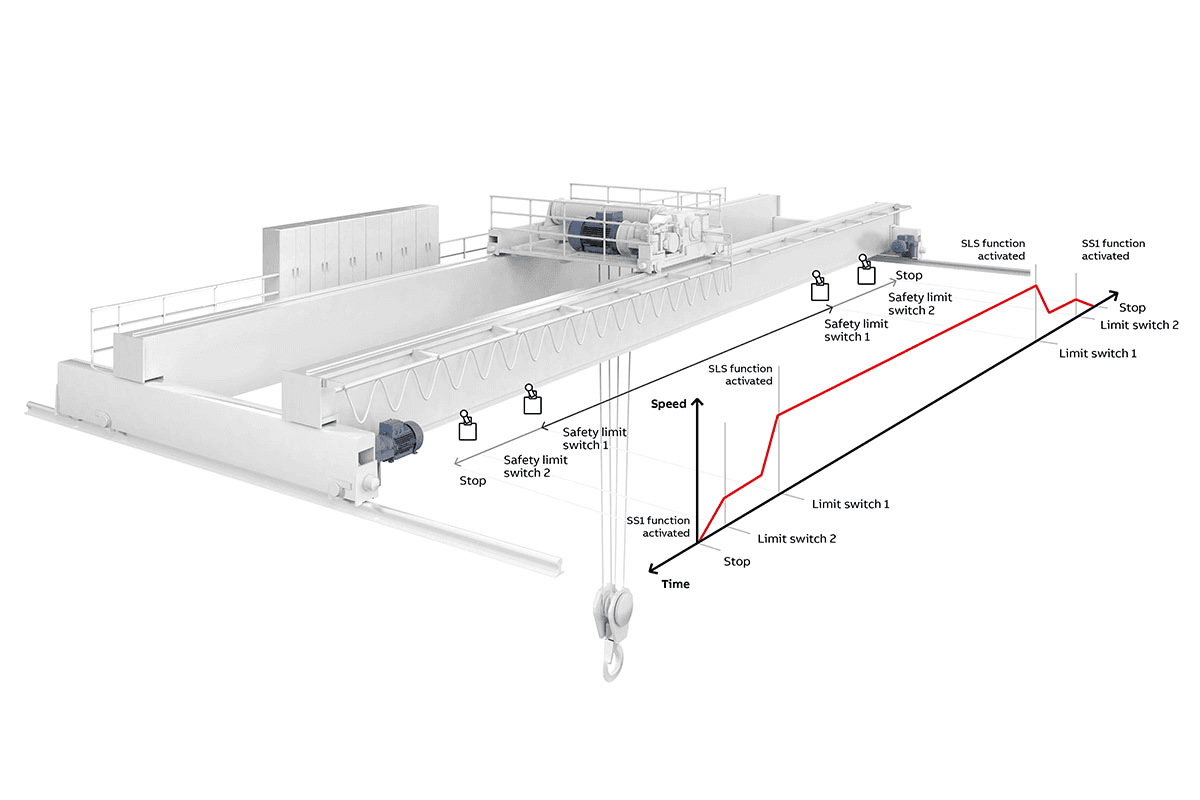 There are many types of limit Switches suitable for different applications 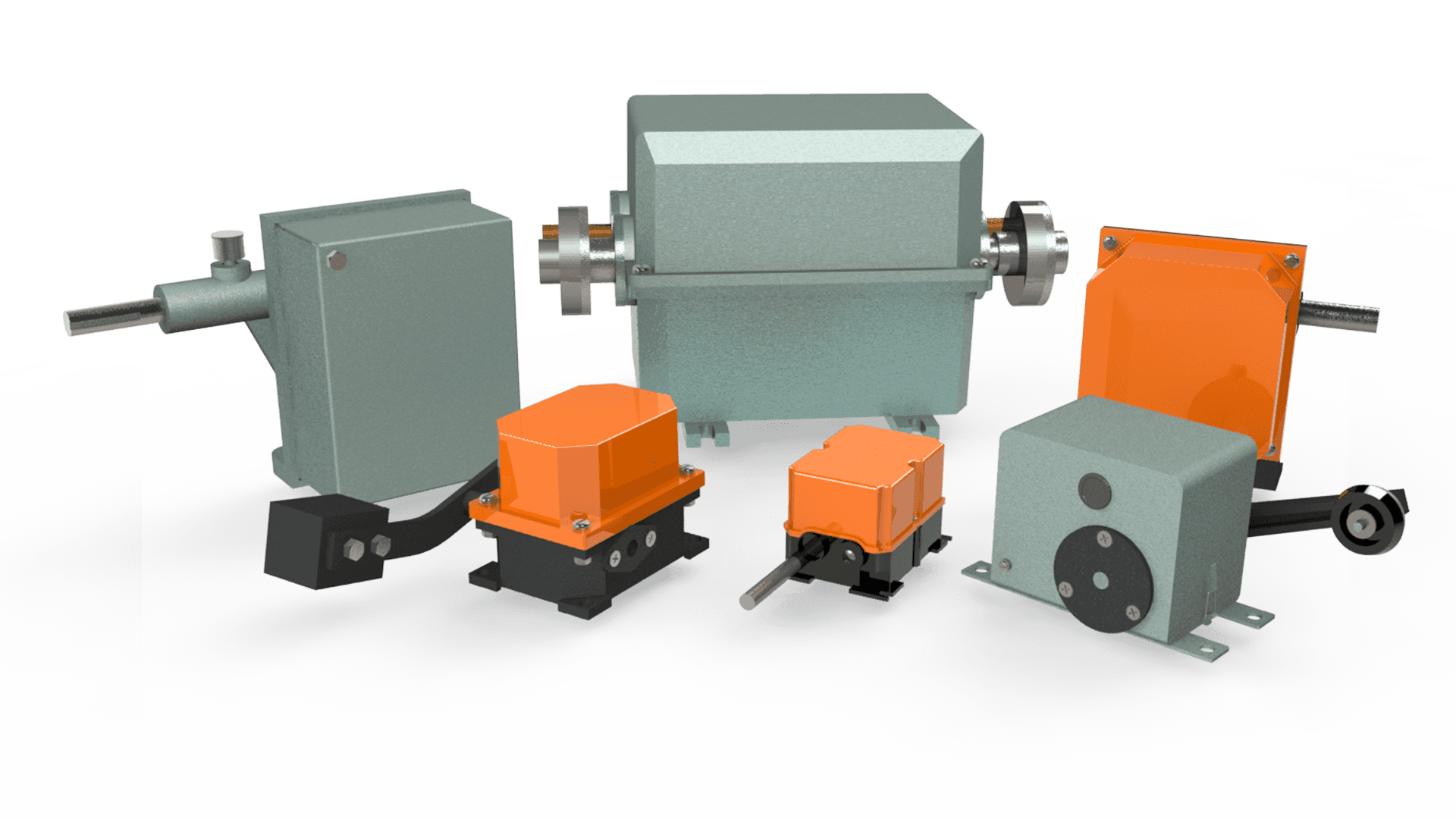 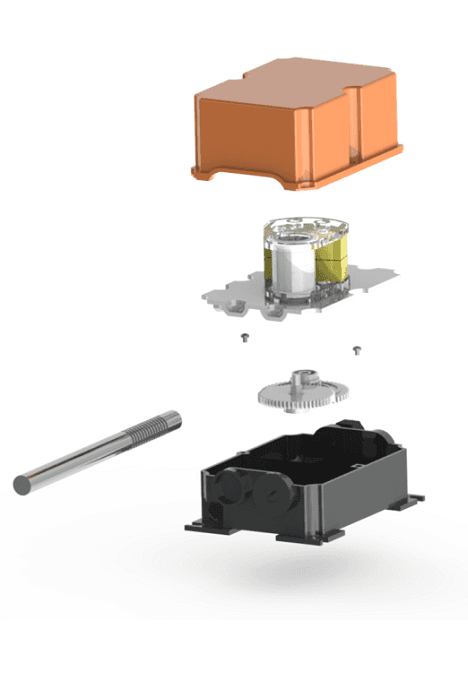 Lever type limit switches are mounted at positions where the linear motion of the moving equipment needs to stop. 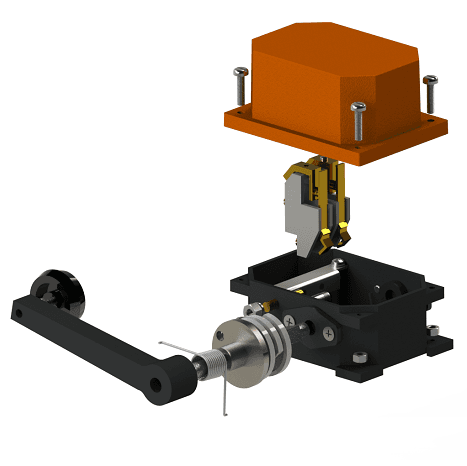 Lever Limit Switches are used whenever you need to stop a Linear movement of machinery .

Gravity limit switch works on the basic principle of weight balance scale where One counter weight is mounted at one side of the lever and another suspended weight is tied at another end of the lever.

At the center of the lever a Shaft is present with attached Coaxial cams . The lever shaft and cams , all rotate simultaneously at the same angle.
These cams are responsible for changing the state of electrical contacts position, placed inside the limit switch enclosure. Electrical Output wire is fed to crane control panel.

The suspended weight is directly connected to the hoist wire rope (as shown in below image) at the predetermined point where it prevents the hoist from reaching the upper block and wire drum.

Suspended weight is a little heavier than the counter weight ,so due to gravity effect suspended weight wire become stiff and it makes counter weight lift upward.During normal operation the limit switch normally remains closed. A gravity limit Switch will not have a spring return mechanism .

If the rotary limit switch fails to activate at the correct number of turns, the gravity limit switch will be operated to provide an emergency stop .

Since Gravity Limit Switches work on the principle of gravity , they are always used in Vertical Movement such as

Electrical Poles of a Limit Switch

Throws of a limit switch contacts are the number of output pins of the contacts. A limit switch can have a combination of poles and throws such as :

Depending on the application of the limit switch one of the above pole and throw configuration can be used.

Electrical Rating of the contacts of a Limit Switch

Contacts of a limit Switch can have different ratings for different energy loads.

Power On Off Contacts:

A limit Switch can be used to directly Cut Power or Provide Power to the machinery. For Such kind of an application, heavy duty contacts need to be used.Such heavy Duty Contacts need to withstand inductive loads.

A Limit Switch can also be used to send a Control signal to a PLC , Variable Frequency Drive, or any kind of MicroProcessor. Such Control Signals dont require Heavy Duty Contacts within the limit Switch.
When any kind of mechanical contact opens or closes, the contacts bounce for a few milliseconds before they become stable.
This contact bounce is a cause for concern for a PLC as this can lead to confusion whether the Limit Switch is Closed or Open during the period the contacts are bouncing.
Also Control signals are typically low voltage and low Current signals, which can also be affected by EMI in an Industrial environment and can trigger false alarms. 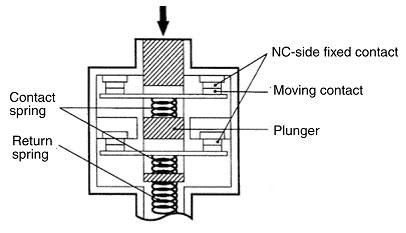 Housing Enclosure of a Limit Switch:

Depending on the type of environment the limit switch will be installed and operated , the material of the enclosure of the switch will play a major role .Each kind of different enclosure will also determine the IP rating of the switch.

Many factors such as space constraints,Mounting Constraint, ambient temperature, dust ingress protection, water protection, flame protection, life, vibrations, chemicals, indoor use, outdoor use & cost will determine the enclosure . A limit Switch can come in a Thermoplastic Plastic housing, Sheet metal housing or Die Cast Housing. To prevent water and dust ingress, a gasket seal is usually used.
A water tight cable gland is used for any cable entering the Housing to prevent water and dust from entering the enclosure. 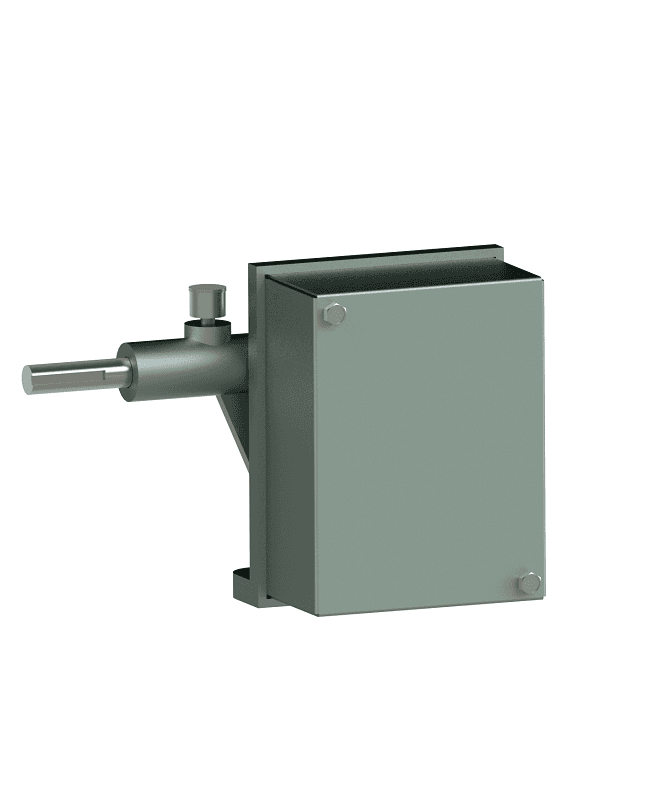 Limit Switches are used in Industrial cranes such as :

Limit Switches are used at various locations of a crane and are always used in Main hoist, Auxiliary Hoist,Cross Travel and Long Travel motions. 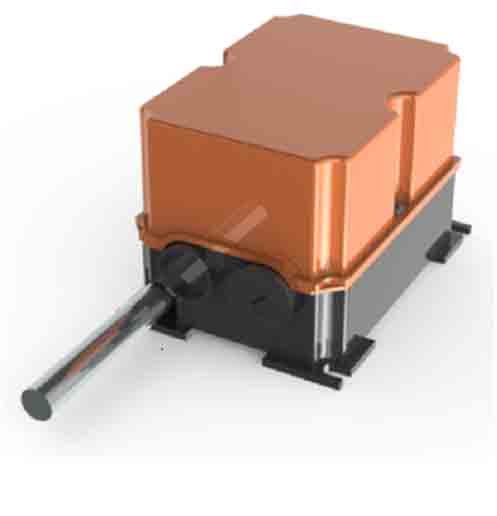 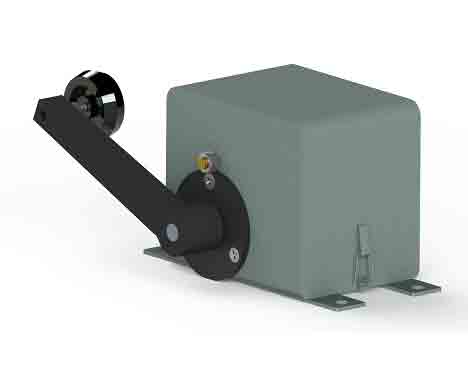 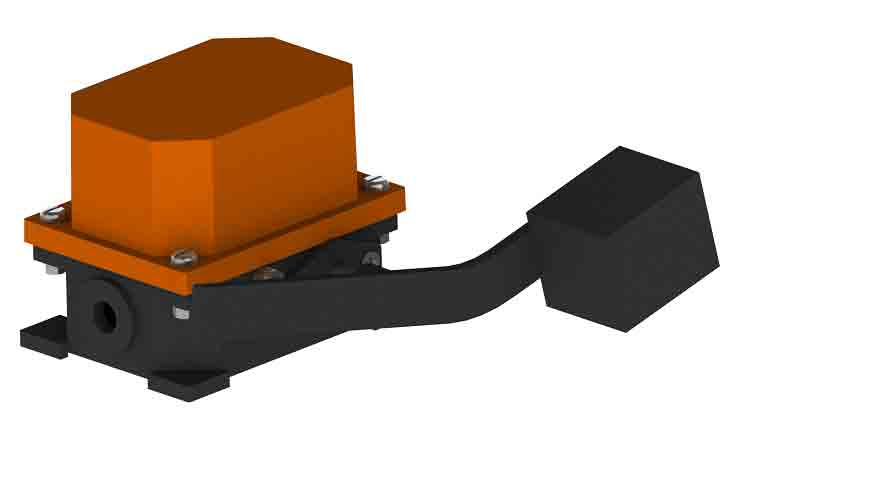